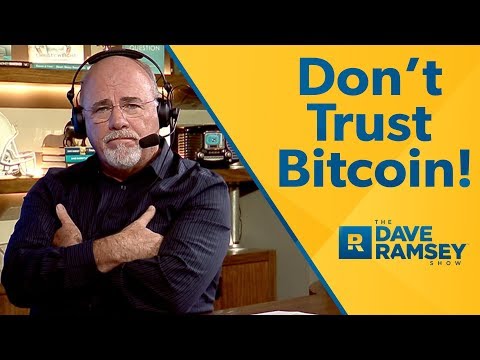 Getting a bit overwhelmed with the coronapocalypse.

First off, I'm sorry if this post is off-topic or inappropriate here, but I like the blog and enjoy lurking in this community.
I don't really want to start a conversation. At least, it's not my goal. Also, please know I'm not going to do anything rash. I just want to get these thoughts off my chest (more accurately, out of my head), and you guys here are the kind of people I'd want reading them. I don't need a response, or even an upvote. It's enough knowing someone will read it.
I'm not asking for help.
I'm not exactly sure what any of us, individually, can really do right now anyway. We aren't in control now, and that's sobering and terrifying.
If you want to help me, just try to influence things in your microcosm for good. Be kind and help your family, friends, and neighbors.
[Also, putting it out there ahead of time - feel free to look at my post history and decide that I'm not a good person. I'm fine with that, but know this is my troll/shitpost/inappropriate-use Reddit account. And it's my only Reddit account.]
I'm not a fan of social media. I like real people in the real world and avoid this sort of thing. Since that option been taken away, here I am.
That all being said, here is my rant:


This whole coronapocalypse/covidtastrophe/viriigeddon/end times is getting me down.

In "normal" times, I'd just drop some acid, and in the psychedelic state, I'd watch the news... see the squabbling of the US political parties (or any countries political parties), the other straight-up nonsense that passes as "news", shrieking hyperbolic hysterics, ridiculous posturing from talking heads, the stupid celebrities.... and I'd just laugh. The whole outside world would seem so disconnected with 'true reality' — all so 'alien' — and my only reasonable way to respond to it is with amusement and laughter. Such a great feeling, feeling being connected to something deeper.
At least, it was great, the news was always so ridiculous and FAKE, until now. Now it's serious, it's real, and there is no time for that kind of distraction.
Before I rant and ramble on, I need to say that I'm essentially the most grounded, most resilient, and most unfazed person out there, a goddamn rock no matter what supposed emergency is happening outside. A bit of a dick maybe, a bit of Floridaman, but not neurotic, and never one to panic.
I'm the stereotypical "prepper" dude, the macho asshole, proud redneck, and I've faced years of snide remarks, derision, maybe even simple eye rolling from my "liberal" "hippie" 'friends'. No offense to you guys.
I've got my "arsenal", the details of which I don't want to go public with. I've been training for our next civil war, like all the other paramilitary militia douchbags. I've got two years worth of MRE's in the pantry. I had my 250 rolls of toilet paper in the supply closet, from way before the current panic buying.
I've got my own private pharmacy (that that I regularly cycle expiring drugs out of) that practically meets the WHO definition of a functioning health system. I've got the majority of WHO Model List of Essential Medicines stocked, many acquired at great personal risk. Also, I don't know how to use a lot of it, but I've got surgical equipment, an external infusion pump, an oxygen generator, and even more stuff I'll probably never use.
I always joked that when the SHTF and it's TEOTWAWKI, the first thing I'd look to acquire would be a friendship with an actual doctor. The second would be a farmer friend - someone who doesn't kill off plants like I do.
Turns out that whole worldview was naive. None of my expected scenarios have come to fruition. I wasted my a lot of my time, and a decent amount of money.
So now, I'm just sad, and I'm scared.

I'm apparently one of 1,200 people still waiting for my test results (for more than four days now) after being roughly nose swabbed and throat scraped by a military medic. A very cute military medic girl, mind you, but still, a girl in a moonsuit, who seemed way more frightened than me.
I'm now under quarantine, at least through the 29th, regardless of what the test result turns out to be.
Turns out the test results won't even matter. COVID or no COVID, you get told to quarantine yourself, and call '911' if you stop breathing, informing them of your test status. It's like a bad joke.
We've got the National Guard deployed, literally right outside here. The military is building a field hospital at my local airport to handle "mass casualties". We've got 100 confirmed virus cases in my county alone and two days ago a poor man just died just a few miles east of me.

I'm not a young man, unlike most of you kids online today. Luckily though, I already work from home, for a startup, so there is not any change in routine work for me.
My biggest concern is for my elderly (and diabetic) mother. She is dependent on me for her care. I don't even know if I'm sick (Corona-sick, that is), and I sure don't want to get her sick. Hospitals here are on the verge of being overwhelmed. What if something happens? Even if I could get her to one, would it be any safer than treating her myself at home?
At this point, if the worst happens, it's looking like I'm going to have to bury her, by myself, in our backyard.
We can't even have a gathering of more than 10 people to have a proper funeral.
Oh, on top of all that, I'm apparently not getting a paycheck tomorrow. This is not the fault of anyone. I could hear my boss choking back tears. I'm going to keep working anyway, because what else can I do?
Now, with all this doom and gloom, I did what a lot of stressed out people with poor coping skills do: I called up my long-time reliable plug (drug dealer, for you normies), justifying my "final" relapse.
Of course, he doesn't have shit for me, but he is selling face masks. No deliveries either - he's shut up at home too. If I want his overpriced masks, he accepts Bitcoin now, and he'll push my purchase through his mail slot. I'd need to act fast, apparently, because he was taping plastic sheeting up over all the doors and windows. Seems the mail slot will soon be unavailable.
It's all like scenes from a bad movie outside.
I thought about going back to the Catholic Church, breaking down, confessing forty years of sins, but the Churches have all closed their doors. I waited too long, apparently. It's too late even for absolution.
My whole life has been peppered with threats of the apocalypse. We've been warned about the Reds and their atom bomb, then those commie's got the hydrogen bomb, and then we had Castro with his shitty little missiles - still tipped with nukes. I survived the Great Recycling of 1997 and the Hale-Bopp UFO. I think it was all supposed to end again, but in 1999. Then Y2K was it. Then 2012. Then killer asteroids - or are they actually meteors? Alien invaders maybe, with ray guns and particle beams. Jesus' Second Coming, the prophecies of Revelation. Maybe the Baptist's and Pentecostal's would get their Rapture? Or more likely Kurzweil and his Singularity - or should we call it Skynet? Perhaps genetic modifications gone wrong? Or some time travel mishap... paradoxes... a fatal causality trap. Supervolcano eruption: Yellowstone goes boom! Cobalt Thorium G doomsday devices. Global crop failures and subsequent mass starvation. Perhaps the boring Red v. Blue Civil War scenario I'd been running around in the woods "practicing" for?
Nope. All fucking bullshit.
Seems like we are all going to die looking out our windows, watching the sun shining, alone and quarantined, binge-watching the pandemic movie marathon on Netflix.
When I'm gone, my friendly neighbors will get to split up my stock of MRE's. I hope the nice old lady at the end of the block gets first dibs on my toilet paper stash.
This isn't the end times we were promised at all.
This is the way the world ends
This is the way the world ends
This is the way the world ends
Not with a bang but with a whimper.
I just want everything to be OK.

melville charitable has been created

Bitcoin actually fell slightly in price on July 9 2016, and didn’t recover until October that year. At that point, it did indeed start to climb more rapidly, but not as rapidly as over the ... Every day TheStreet Ratings produces a list of the top rated stocks.These 10 packaged food stocks are rated highest by our stock rating model. Equity Top: Food Products While Bitcoin’s volatility has remained high relative to historical averages, it has only decreased since its peak in mid-March. Skip to content. Stock Lyfe. Search for: Latest news. Buffett’s Japan Bet Is Green Light for Investors: Ed Rogers. Nvidia, SoftBank Strike a $40 Billion Deal for Arm . Oracle Said to Be Picked as Winner for TikTok’s U.S. Assets. Trading Platform Superhero Aims ... Travis Johnson, Stock Gumshoe on What’s being hinted at as Ray Blanco’s “1 Stock for a Life-Changing Marijuana Payday?” / Apr 29, 10:16am Forward dividend yield of 2% and dividend growth anticipated of at least 25% over the next couple years, so it's riskier... Stock Lyfe. Search for: Latest news. Bitcoin market cap will match JPMorgan’s if the $16.5K CME gap closes. U.S. and China Both Want to Reach a Deal, Says Mexico’s Seade ‘Completely preserved’ Ice Age cave bear carcass found by reindeer herders in Russia . MicroStrategy Board makes Bitcoin its primary reserve currency, may increase its holdings beyond $250M. Max boredom: potential ...