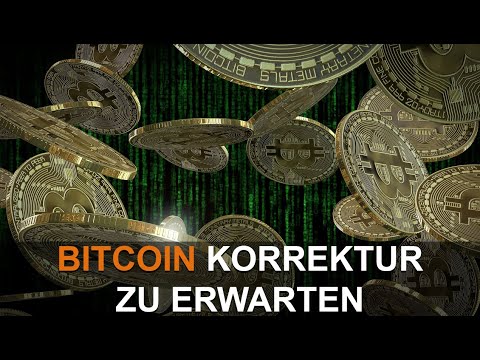 Here are some great posts/articles everyone should read before speculating in cryptocurrency.

Disclaimer Not my advice. Don't sue me.


Not your keys, not your Bitcoin.

This applies to all cryptocurrencies. The ownership of cryptocurrencies can only be determined using cryptography (hence "crypto" in the name). To be able to spend/receive and otherwise control units of a cryptocurrency you must have the corresponding private key. If you are using a cryptocurrency exchange to store your cryptocurrency you do not control the private key(s) corresponding to your coins, the exchange does. To control your private keys you must withdraw your coins to a local wallet stored on your phone/PC. It is highly recommended that you don't use a Windows computer to store your private keys (because Windows is very prone to malware). There are numerous examples of prominent exchanges stealing/losing their customers coins because the exchange had the private key(s) rather than the customer. The most well known such occurrence was Mt. Gox.
Being 'your own bank' (controlling your private keys) also means you are responsible for the safety of your coins. Use a deterministic wallet and write down your seed (on paper, not electronically) so that you do not lose your coins if your wallet is lost/corrupted. Encrypt your wallet so malware cannot easily 'scrape' your private keys. Be careful updating your wallets. Wallet updates are a known and actively exploited attack vector. Wallet updates may also contain bugs.


Do not invest more than you can afford to lose.

Cryptocurrency prices are extremely volatile and losses of 90% are common. The software is under continual development and so may contain bugs. If you chose to speculate, assume you will lose all of your money and so only speculate money you do not need to pay bills or debts.


Past performance does not guarantee future results.

If the price has behaved some way in the past, it does not guarantee it will perform that way again in the future. This is especially true on short timescales.

A misspelling of the word 'hold'. A meme telling people not to sell. Do not base your financial decisions on memes. Have a rigorous plan of when you will sell and execute it without emotion/hesitation.

Past performance does not guarantee future results but past performance is the best indicator of long-term prices. Familiarize yourself with the graphs of the past, learn about how the price is cyclic and then only speculate once you are as familiar with the price history as someone who bought in 2013.

Bitcoin Security and Recent Thefts and the NSA

There is a failure of security on the internet.
Today there were 2 stories of the theft of bitcoins
Not to mention the on going Gox fiasco and the dozens of high profile thefts that have occurred in the last year plus numerous smaller thefts many of which probably never come to light.
I don't believe that bitcoin is inherently insecure. Nor do I believe that the possession of bitcoin should be beyond the reach of the average individual.
I do, however, believe that the price of bitcoin and the irrevocability of transactions have made bitcoin a high profile target.
Previously systems have remained unexploited and clean from botnets, viruses, etc., not because of exceptional security, but because there simply was nothing worth stealing.
Now there is.
Bruce Schneier has recently called for the restructuring of the NSA..
Specifically, from the Snowden revelations, it has come to light that the NSA is actively undermining the security of the internet.
I believe the NSA working to undermine security is the wrong approach.
Schneier states:


Much of the current debate in the U.S. is over what the NSA should be allowed to do, and whether limiting the NSA somehow empowers other governments. That's the wrong debate. We don't get to choose between a world where the NSA spies and one where the Chinese spy. Our choice is between a world where our information infrastructure is vulnerable to all attackers or secure for all users.


We all should encourage our representatives to press for the changes Schneier recommends.
If the NSA were actively working to enhance security on the internet all of our coins would be safer.

Regulating Bitcoin. Ross Anderson has a new paper on cryptocurrency exchanges. From his blog:. Bitcoin Redux explains what’s going wrong in the world of cryptocurrencies. The bitcoin exchanges are developing into a shadow banking system, which do not give their customers actual bitcoin but rather display a “balance” and allow them to transact with others. Selbsternannter Bitcoin-Erfinder Craig Wright vorerst aus dem Schneider . von Moritz Draht. Am 14. Januar 2020 15. Januar 2020 · Lesezeit: 3 Minuten. Moritz Draht. Moritz Draht hat Deutsche Literatur und Philosophie an der Universität Konstanz studiert. Sein Krypto-Engagement widmet sich den Zusammenhängen zwischen soziokulturellen und technischen Entwicklungen. Nach Tweet: EZB-Präsidentin ... Bitcoin is hovering around $3,600 handle, down 1.5% since the start of the day. The first digital asset retraced from the recent high of $3,707 late o Bitcoin price rallies above $11,200. Source: TradingView.com. It seems like there is a short-term bullish continuation pattern forming with resistance near $11,400. On the downside, the triangle support is near $11,250 and the 50% Fib retracement level of the recent rally from the $11,029 swing low to $11,500 high. If there is an upside break above the $11,400 level, the price is likely to ... The current protocols of KYC/AML of the crypto world are so far away from Bitcoin whitepaper’s philosophy—due to the evil doings of evil hackers, crooks and criminals, and the dark web—that cryptocurrencies have a LONG way to go, four or five decades, if ever…Meanwhile the rich are getting richer and the poor in Africa, Asia, and Latin America are getting poorer.